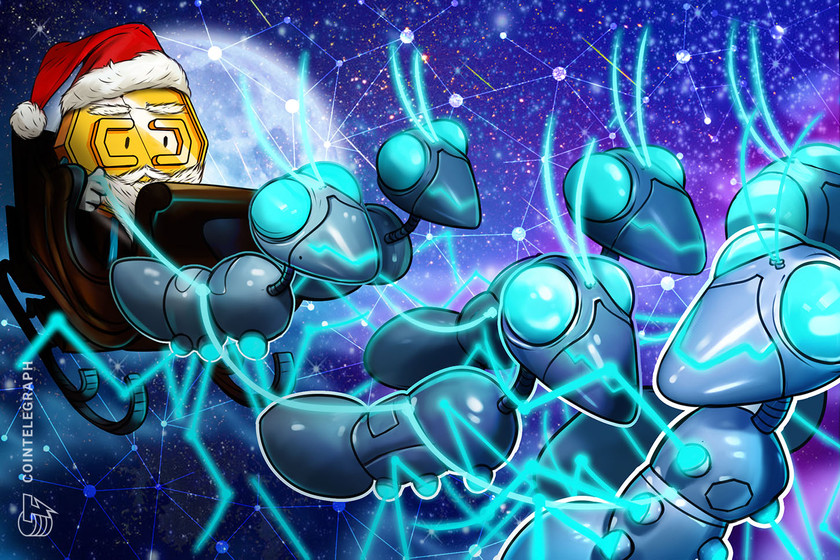 The wish of owning cryptocurrencies this Christmas came true for a 12-year-old schoolkid with an intelligence quotient (IQ) higher than Albert Einstein. Barnaby Swinburn, a resident of Bristol, England had asked for two Christmas presents, a Mensa test for testing his IQ and a cryptocurrency portfolio. According to BristolLive, Swinburn scored the highest possible score of 162 on the test, beating Einstien’s IQ of 160. As a result, the schoolboy became a member of the high-IQ society, which intakes the top 2% of the highest Mensa scorers.Speaking about cryptocurrencies, Swinburn’s mother Ghislaine said:“He’s been watching the markets. He’ll be getting an envelope with money in it for Christmas which he’ll turn into cryptocurrency.”In tune with his interest in crypto, Swinburn wants to grow up to become a programmer. “He’s already looking at university courses, and he wants to go to Oxford,” Ghislaine added.Related: Brazilian toddler makes over 6,500% profit on her first Bitcoin holdingA Brazilian father gifted his newborn daughter 1 Bitcoin (BTC) back in 2017 when it was priced at roughly $915.80. Fast-forward four years, the young girl witnessed a return of over 6,500% as BTC surged above $60,000 back on Oct. 17.The father, João Canhada, who is also the founder of a Brazilian crypto exchange Foxbit, later realized that the year 2017 was the last chance for him to purchase Bitcoin under $1000:“As soon as my daughter was born, in 2017, I bought 1 Bitcoin for her, not just as a gift, but as a way of investing in this new economy. At the time, BTC cost 5,000 Brazilian Real.”