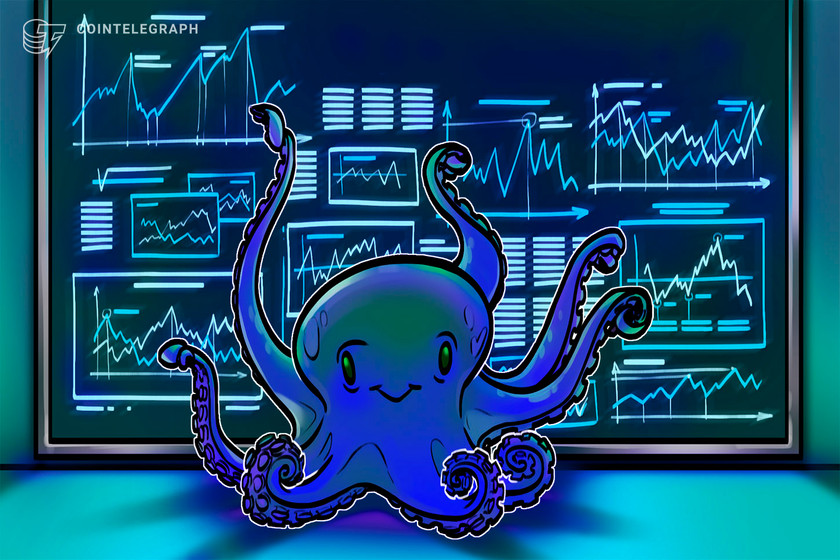 Major cryptocurrency exchange Kraken has announced that it purchased blockchain infrastructure company and investment manager Staked for an undisclosed amount.In a Tuesday announcement, Kraken — the crypto exchange aiming for a $10 billion valuation — said it had added Staked to its portfolio of yield products following the acquisition. The company described the Staked deal as “one of the largest crypto industry acquisitions to date” but did not disclose the amount.According to Kraken CEO Jesse Powell, Staked users will have access to Kraken’s portfolio of yield products. Staked CEO Tim Ogilvie cited the exchange’s “commitment to supporting proof-of-stake networks” as well its track record on customer experience and security in its decision to move forward with the deal. As we gear up for 2022, Kraken is celebrating its continued growth and success with the expansion of its ‘staking’ tentacle through an acquisition of Staked. Check out our blog for more details about this exciting deal! https://t.co/26WfBKqO3F pic.twitter.com/WP9pjjkueN— Kraken Exchange (@krakenfx) December 21, 2021

The crypto exchange said its staking business had grown by more than 950% since the beginning of the year to reach $16 billion in November. This may have been driven, in part, by vehicles in which to invest in Ether (ETH) and earn staking rewards.Related: Kraken users have already staked half a million ETHKraken has acquired several companies over the past few years related to its staking business and otherwise. Since 2017, the firm has purchased accounting and portfolio reconciliation service provider Interchange, Australian crypto exchange Bit Trade and Cryptowatch, among others. Powell has also hinted that the exchange could go public before the end of 2022.