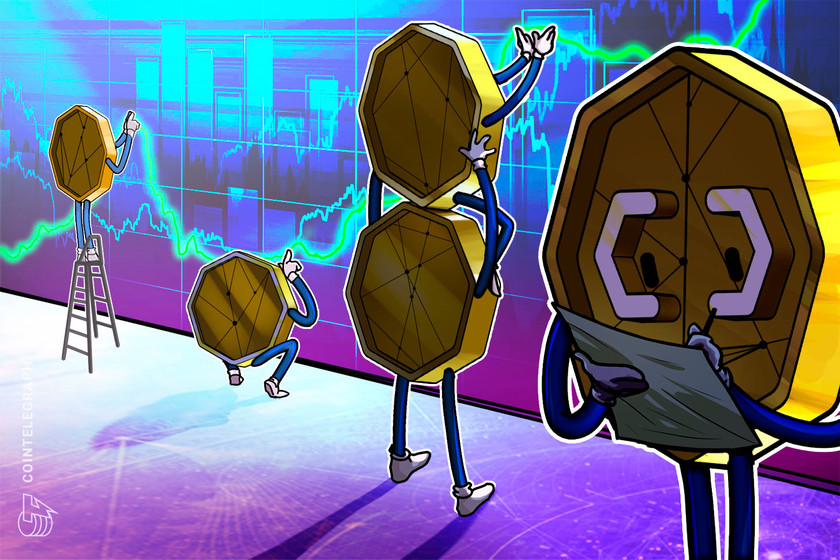 The total combined value of treasuries, or assets under management (AUM) for the use of decentralized autonomous organizations, increased by around 40 times between January and September of 2021. According to data from DAO stats platform DeepDAO, the total AUM for DAO treasuries listed on the platform increased from around $380 million in January to a peak of roughly $16 billion in mid-September. Looking ahead at 2022:✍️How far and how deep will DAOs go into the mainstream, and into which use cases?✍️(When) will DAO treasuries exceed $100B?Lots of interesting questions, but together we can BUIDL this! pic.twitter.com/JDEC9JBuHC— DeepDAO.io (@DeepDAO_io) December 30, 2021

As of mid-December, the total AUM has decreased by 28.1% since the high water mark to sit at $11.5 billion, dropping a hefty $3.6 billion over the past 30 days alone. User participation in DAOs has surged as well throughout 2021, with the total DAO members and token hodlers tallying in at around 1.3 million in December, marking a 130x increase since the start of the year. DeepDAO ranks the DAOs for decentralized exchange (DEX) Uniswap, the general purpose BitDAO, and decentralized finance staking platform Lido Finance as the top three in terms of total treasury value at $2.9 billion, $2.4 billion and $602 million apiece. The Uniswap DAO has roughly 275,000 members that can vote on the project’s roadmap and maintain governance over the DEX. Uniswap has been the dominant DEX throughout 2021, pulling in more trading volume than all of the other DEXs combined according to Dune Analytics data. The Lido DAO governs its platform, and users are granted governance rights via the Ethereum-based LDO token. Lido Finance has also exploded in 2021, with the platform’s total value locked increasing from $12.5 million at the start of January to a whopping $11.68 billion in late December. According to data from DeFiLlama, Lido Finance currently sits as the sixth-highest ranked DeFi platform in terms of TVL.Related: DAO aims to raise $5M to resurrect Blockbuster VideoBitDAO is focused on supporting decentralized projects across any blockchain that are voted on by BIT token holders.The DAO has around 10,000 members and focuses on proposals relating to direct partnerships or swaps with projects, and expansion opportunities such as the launching of autonomous artist guilds, farming cooperatives and ecosystem funds. DAOs are becoming the digital native dream of the future of workA global movement that is amassing copious amount of capital and has turned into a powerful talent magnet providing alternative to big tech https://t.co/0LxGnRziYN— DeepDAO.io (@DeepDAO_io) December 28, 2021