NBA postpones five games due to COVID-19 outbreak By Reuters 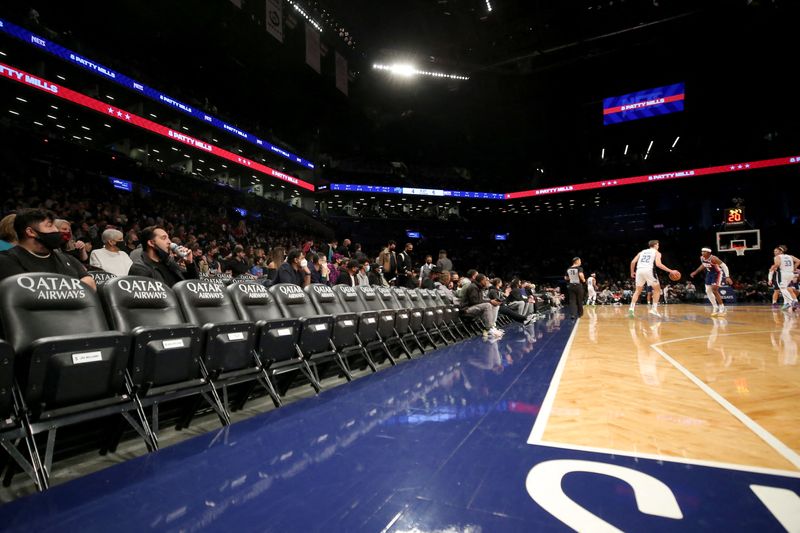 (Corrects total number of games postponed to seven in para three) (Reuters) -The NBA on Sunday announced it had postponed the next two Brooklyn Nets games and games for three other teams due to the high number of players and staff that have entered the NBA’s COVID-19 health and safety protocols. The Cleveland Cavaliers, Orlando Magic and Philadelphia 76ers will also have games rescheduled because of the recent wave of new cases.
A total of seven NBA games have been postponed since last week. On Monday, the Chicago Bulls postponed two games after players and staff members were placed in protocols. The Eastern Conference-leading Nets have been particularly hard hit, with stars Kevin Durant, James Harden and Kyrie Irving among the nine players unable to suit up due to the protocols.
Disclaimer: Fusion Media would like to remind you that the data contained in this website is not necessarily real-time nor accurate. All CFDs (stocks, indexes, futures) and Forex prices are not provided by exchanges but rather by market makers, and so prices may not be accurate and may differ from the actual market price, meaning prices are indicative and not appropriate for trading purposes. Therefore Fusion Media doesn`t bear any responsibility for any trading losses you might incur as a result of using this data.Fusion Media or anyone involved with Fusion Media will not accept any liability for loss or damage as a result of reliance on the information including data, quotes, charts and buy/sell signals contained within this website. Please be fully informed regarding the risks and costs associated with trading the financial markets, it is one of the riskiest investment forms possible.